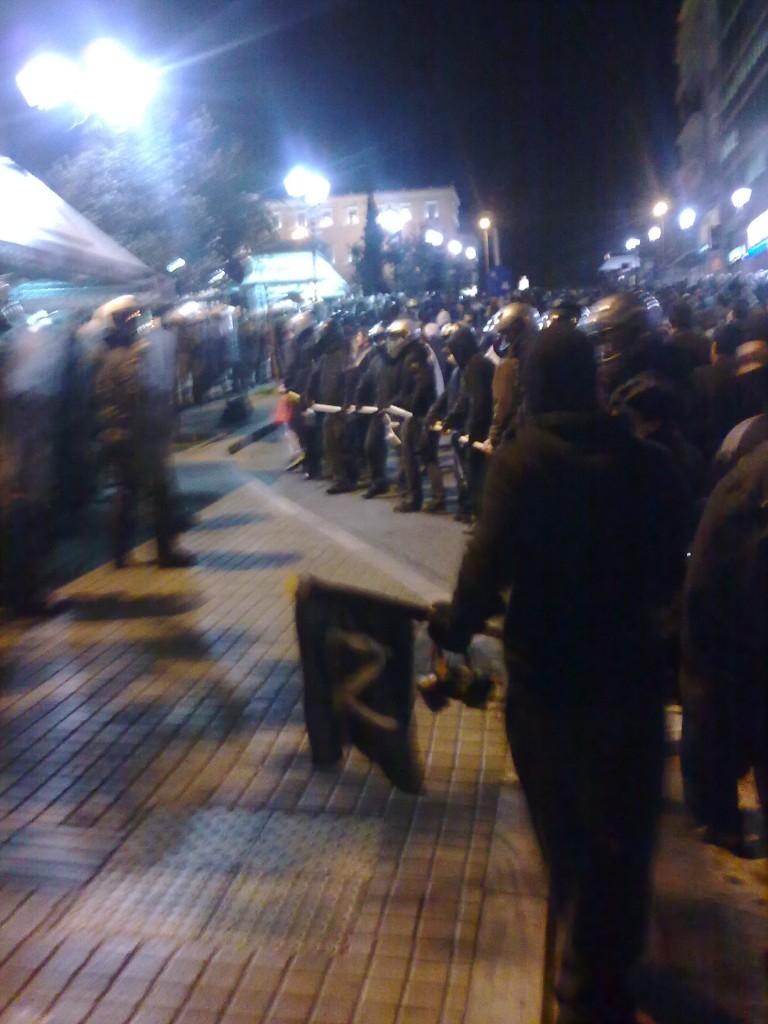 * FROM THE GREEK STREETS

On Thursday night, around 2,500-3,000 anarchists marched in central Athens against state terrorism and in support of the imprisoned comrades. Police presence was huge, with riot police deployed on both sides of the streets for the entire route of the demonstration. The apparent tactic, it seems, was of obstructing contact between the demonstrators and any passers-by. At the end of the demonstration, outside the Propylea of Athens university, there were scuffles with the police.

The next anarchist demonstration in central Athens has been called for December 11th. On December 6th, the anniversary march for the death of Alexis is taking place, while the 15th is the day of the next general strike.

This entry was posted in azioni dirette. Bookmark the permalink.